In 1946, a curious soon-to-be nurseryman named Floyd Dillon decided there was a need for a California version of the dwarf apple and pear. He chose citrus as the ideal candidate. As he later wrote in 1959: "What better specifications could be written for the ideal patio plant than to take everything offered by the standard commercial citrus and dwarf it to patio size, capable of being grown in a box or tub, raised bed or border, either espaliered or in its natural form?

"The orchard citrus of most species and cultivars grows in a dense, globular form. Its evergreen foliage is clean and attractive, with almost a continuous showing of fragrant flowers or waxy colorful fruit. It is decorative, interesting, and productive. 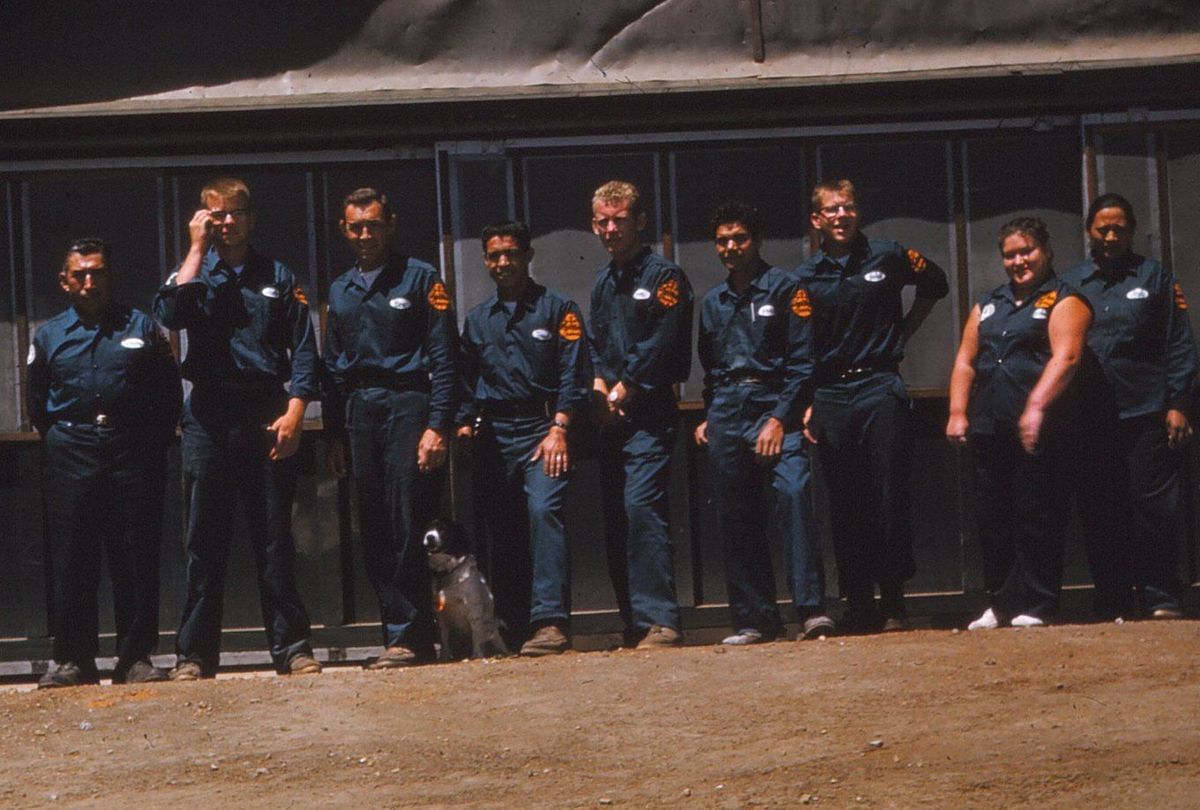 THE BIRTH OF FOUR WINDS

Floyd learned that researchers at UCLA and UC Riverside were already experimenting with new varieties and different rootstock-scion combinations. A scion is a twig or branch of a superior eating variety grafted to roots of another variety to improve disease resistance, production, control tree size or modify other characteristics.

Dr. Bill Bitters and other citrus researchers worked with Floyd to create dwarf trees that had beautiful foliage and tasty fruit. This was achieved by trials with rootstock/scion combinations. Suitable propagation techniques were employed to create the trees designed for patio and backyard growing. 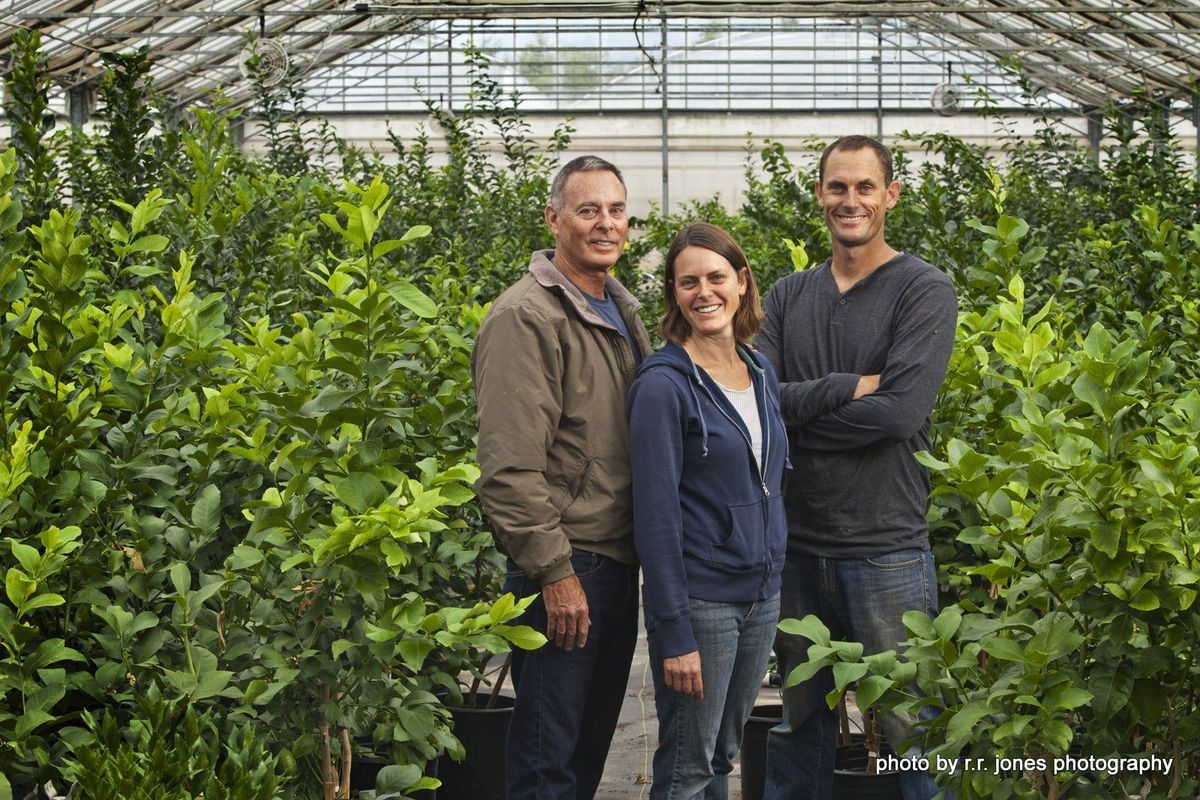 Today, dwarf citrus is a common sight in nurseries throughout the West and is grown successfully in containers throughout the world. The adaptability of dwarf citrus to container growing has made them increasingly popular outside of traditional citrus growing areas. They are most easily moved indoors for winter protection and outdoors in the warm seasons.

In addition, dwarf citrus has become important to gardeners whose gardening space is limited to patios, balconies and small porches.

It seems that Floyd Dillon and his dwarf citrus nursery were well ahead of their time. As interest of non-commercial gardeners grows, more varieties of citrus are becoming available on dwarf rootstocks. 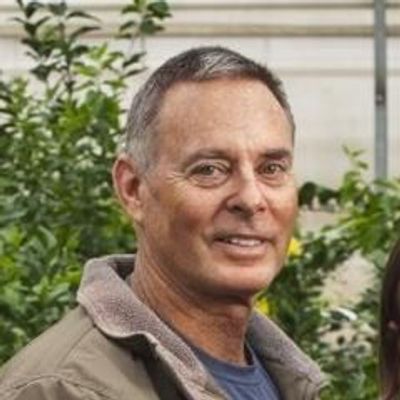 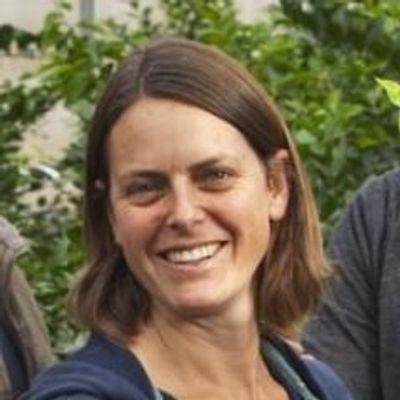 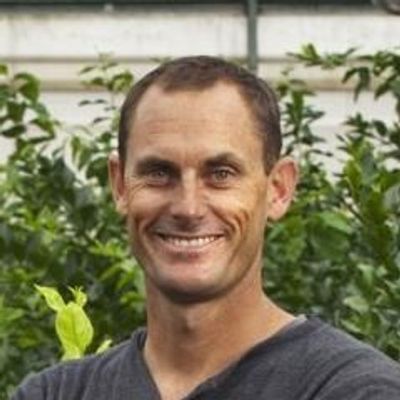 In November, he enjoyed a joint birthday party with his wife of 71 years, Mary Ann, attended by many family members. Over the holidays, he met his newest great grandson-Ripley Else. He is survived by wife, Mary Ann, daughters Mary Helen Seeger (John), Debbie Dillon Adams (Warren) Don Dillon Jr. (Donna) along with 6 grandchildren and 7 great grandchildren. In January, his thoughts were on the “Super Bowl No Load Football Fund,” managed this year by his granddaughter, Lexa Dillon.

Don was born in El Centro, California, the only child of Floyd and Mildred Dillon. He graduated from Stanford University, married his college sweetheart, Mary Ann Walker, and served in the US Navy, aboard Destroyer Escorts in both the Atlantic and the Pacific.  He retired with the rank of Commander.

He joined his father, Floyd, in the nursery business in the early 1950's in Piru, CA.  They moved their fledgling nursery, with the help of Fred and Barbara Real, to Mission San Jose in 1954 to escape the Citrus Tristeza Quarantine. Four Winds Growers has been supplying citrus and other edibles to Northern California ever since. He was proud that his family; son Don Dillon, Jr., grandson Aaron Dillon, granddaughter Lexa Dillon, daughter Mary Helen, son in law John Seeger are carrying on the business, with the able assistance of Mike Andrade, the Perez family and other valued team members growing in three locations in Fremont, Winters and Watsonville. Don Sr. will continue to be an inspiration for all of us at Four Winds.

Don also made time to actively be involved with many other pursuits. He was known for his energy, enthusiasm, sincere interest in others and his “can do” attitude toward building consensus and meeting goals for the benefit of all.  He was into “social networking” before the term was ever coined.

In 1960, he was a charter member of Western Region of the International Plant Propagators, and then served as its President and also President of the International Plant Propagators. The IPPS motto “Seek and Share” was unconventional in the horticulture business, but Don embraced it. He became President of Saratoga Horticulture Research Foundation. He was a big supporter of California Association of Nurseries and Garden Centers, enjoying meetings at Peninsula and Central Chapters. He and Mary Ann enjoyed worked in the Monterey Heritage Gardens, especially the care of the espalier apples trees. His advice to all gardeners was rather than “talking” to plants, to “listen” to them.

He wanted to be remembered as the “Formerly Honorable Mayor of the City of Fremont” where he served as Mayor for 5 years, as well as 16 years on the Fremont City Council.  He was a driving force in establishing Lake Elizabeth and a beautiful 400 acre park in center of town. He worked to save historic homes and ranches in the Fremont area.  The Japanese garden at the Shinn Park was a project he and Mary Ann worked on with other people for many years. He served as President of the Association of Bay Area Governments and on numerous other intergovernmental agencies, including the Alameda Creek-Coyote Hills Joint Agency and the Metropolitan Transportation Commission.

Don was very active in the Niles Rotary.  The Rotarian “Four Way Test” and “Service above Self” were more than mottos for Don.  It was a way of life for him.  He inspired many with a smile and a phrase he would use in parting, “Have a POW-ER-FUL- DAY!